This is the technical script we photocopied for you. However, you may find it useful to download it so that you can alter it in your computer -for bigger spaces, etc. Enjoy your creation. technical script for your version of The Great Gatsby
Posted by Ogroprofe at 10:19 PM No comments:

Here you have the different trailers you can use for your acting. You can be faithfull to the film or adapt it to your needs. Good luck and enjoy.

Videos of Great Gatsby
Posted by Ogroprofe at 12:29 AM No comments:

From London to New York

Posted by Ogroprofe at 12:19 PM No comments:

London Webquest
Posted by Ogroprofe at 4:30 PM No comments:

This is a new series about Sherlock Holmes. But it is different; it is set in the 21st century. Besides, Holmes and Dr. Watson are young.

It is very successful in the UK. Young people love the series. Now Antena-3 is starting to show it on Thursdays at 10.30 pm. Have a look, and listen to it in English if you can!!!

Here's the moment Sherlock Holmes meets Watson and invites him to share a house. Enjoy.

Posted by Ogroprofe at 9:02 PM No comments:

Now let's get into the time machine and travel back to the 19th century Victorian Britain.

YOU are going to be the teachers. In groups of 3 people you will choose 1 of the following topics and prepare a brief speech about it. You can use any realia or props you think necessary. We'll give you more details in class.

You can bring your laptop to class...

Your beloved teachers,
Posted by Ogroprofe at 11:18 PM No comments:

In 1837, Victoria became Queen at the age of 18. The time while she was Queen is called the Victorian era. London was busy with trade and industry, and it grew fast. Better lighting, plumbing and transport developed too. By the time she died in 1901, London was a very different city.

Up until the 19th century, the city was a similar size as the Roman Londinium. From 1820 the green areas around were absorved by new arrivers, workers attracted by industrialism. This growth caused problems: the first cholera epidemic broke out in 1832 and in 1858 the Thames was so dirty and it stank - The Great Stench- that the Parliament had to close! The new sewer and river drain system by Joseph Bazalgette (1875) solved the problem.

Railways were built linking much of Britain to the capital. London was the centre of the world trade and had a large powerful empire.

Many of the buildings in London today were built in Victorian times. The most famous is probably the Houses of Parliament, built after a fire destroyed the original buildings.

Electric light was first used in Holborn in 1883. By the 1840's there were also horse drawn buses and from the 1870's horse drawn trams.

The World first underground railway ("The Tube") opened in 1862. At first carriages were pulled by steam trains. The system was electrified in 1890-1905.

A Christmas tradition started in this era still continues: the Pantomime.

Sites from this times:
- Train stations
- The Kensington Museum
- The Royal Albert Hall
- The Leighton House
- The Victoria and Albert Museum
- The London Transport Museum
Posted by Ogroprofe at 10:38 AM No comments: 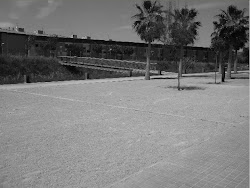 Other Blogs from the teachers